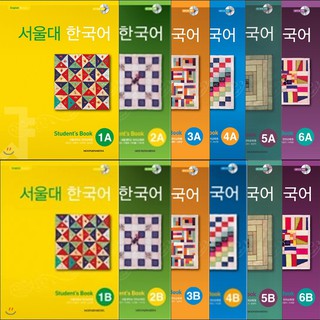 SNU Korean features:
- Link between spoken language and written language while focusing on the development of communicative language skills.
- A task-based approach with phonological rules and intonation for accuracy and fluency in speaking Korean.
- A systematic approach to learning vocabulary, grammar and pronunciation.
- Integrated with Korean culture and different culture of the learners through activities
- Including a CD-ROM with games and practices, reading and listening dialogues, vocabulary and grammar list, and so on.

The SNU Korean series composes of 6 levels with 12 textbooks:

If you want to order printed textbooks and workbooks for serious Korean study, you can order these books from Gmarket with 15% discount for all books.

Here we collected 8 scanned textbooks of SNU Korean 3A-3B, 4A-4B, 5A-5B, and 6A-6B from the Internet. The scanned book should be used as references for your Korean study.

You may get a free copy: SNU Korean Textbook PDF