Korean Alphabet: How to Read, Write, and Pronounce

The 14 basic Korean characters:
1. 가 (gah) = It may sound like a K, but there is another Korean consonant that has a stronger K sound (ㅋ). Think of ㄱ as a soft G sound.

3. 다 (dah) = Might sound like “tah,” however the ㅌ consonant has a stronger T pronunciation. Think of ㄷ as a soft D.

4. 라 (lah) = The ㄹ consonant has a rolling L sound. It may sound like an R, however Koreans do not have a consonant that is a 100% R equivalent. Thus if a native Korean says, “Rock and roll,” it’ll sound more like “Lock and Loll.”

6. 바 (bah) = It may sound like a P, but there is another Korean consonant with a stronger P sound (ㅍ). Think of ㅂ as a soft B sound.

7. 사 (sah) = Did you know 사 means the number “four”?
8. 아 (ah) = The ㅇ consonant, which looks like a circle, is silent. However when paired with other characters, the ㅇ consonant can take the sound of a previous consonant.
9. 자 (jah) = Might sound like “cha,” think of ㅈ as a soft J sound. However the ㅊ Korean consonant has a stronger “ch” pronunciation. 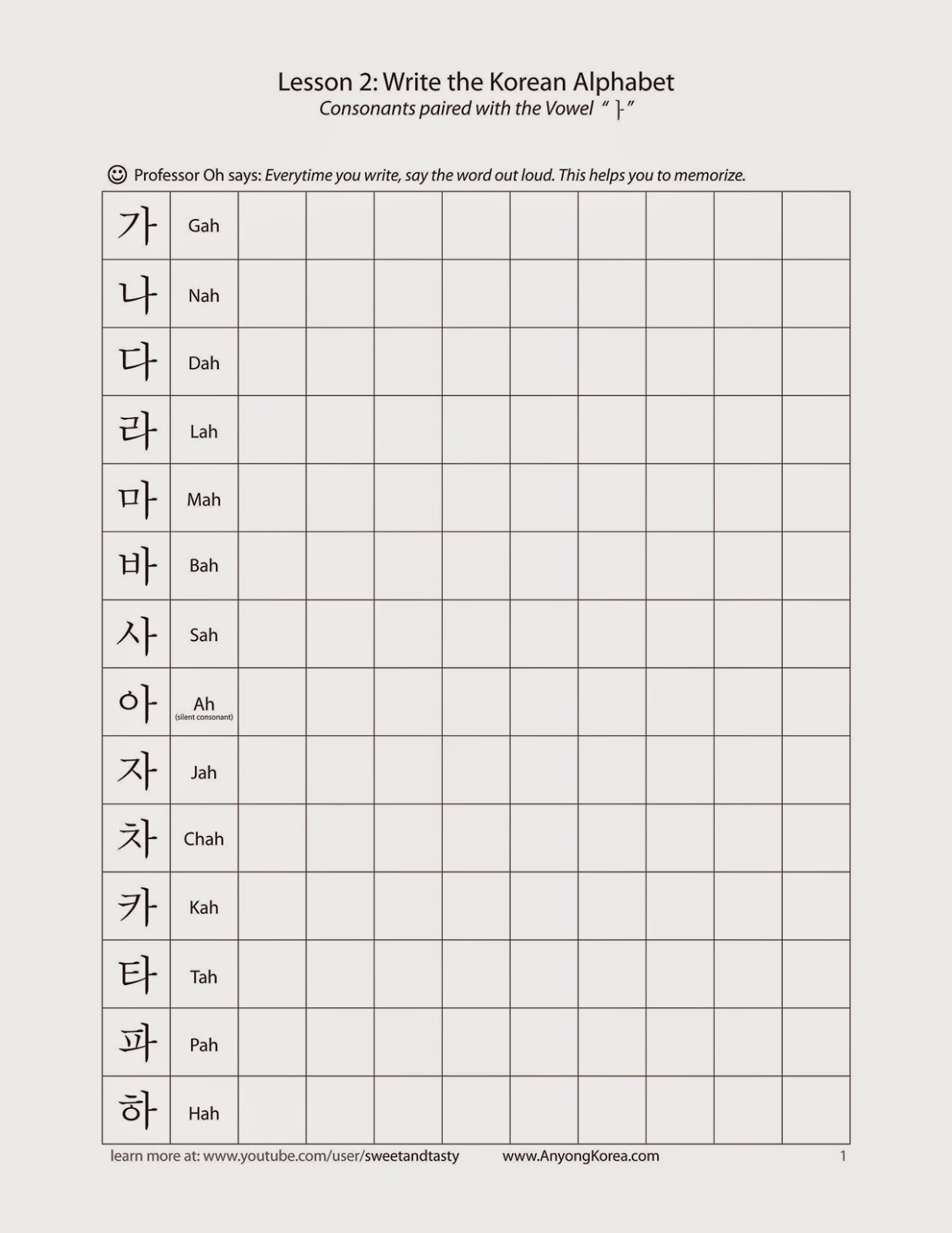 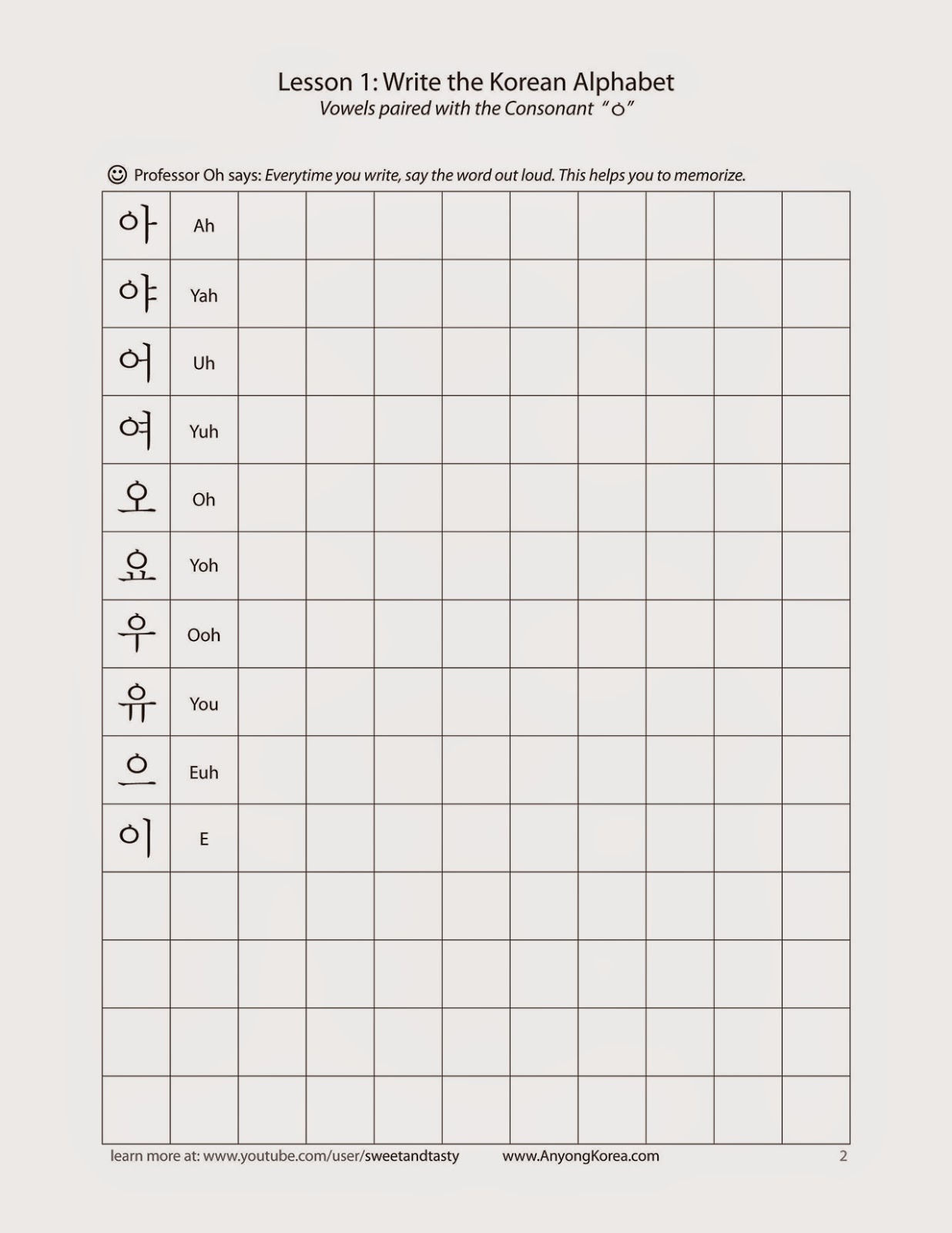 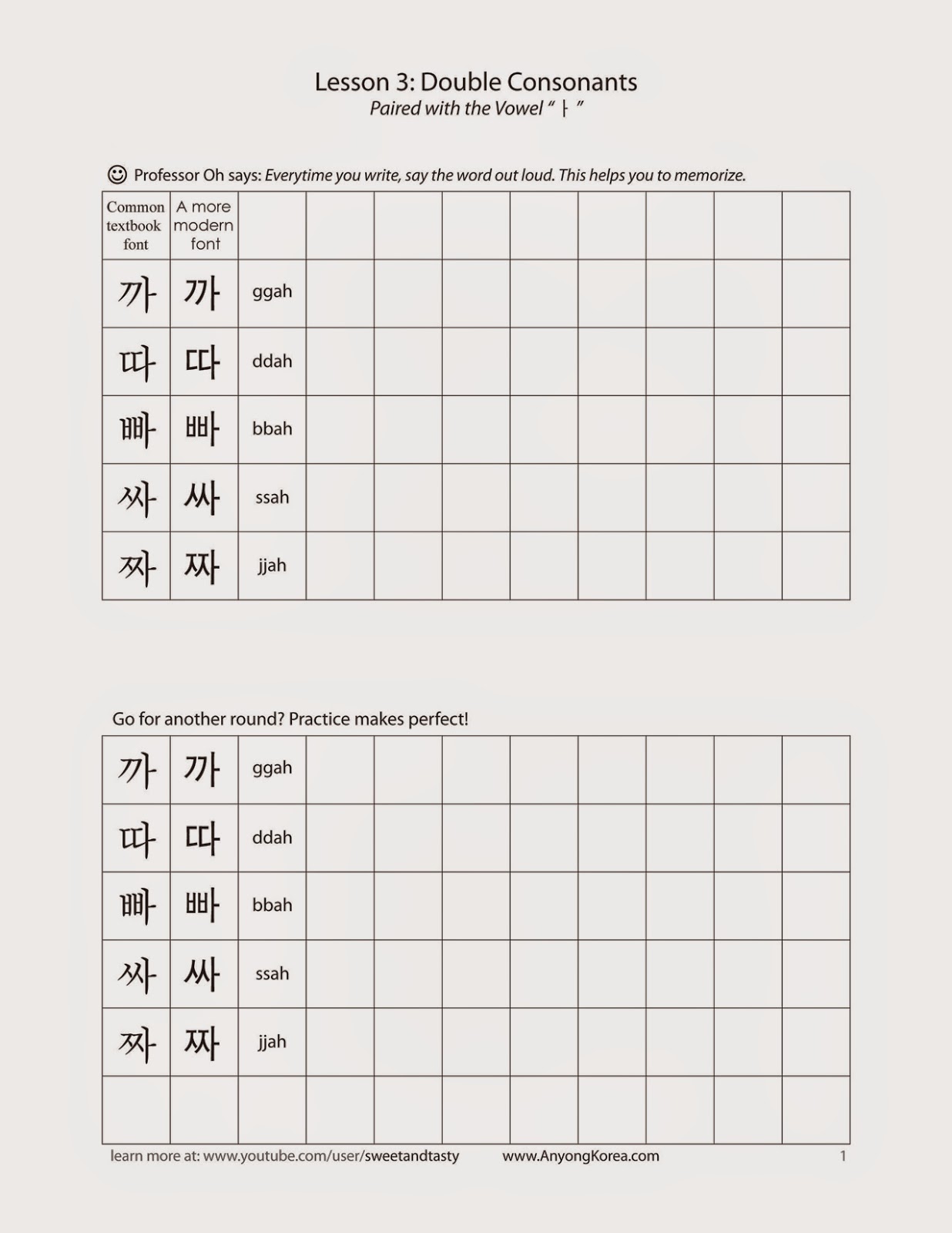 Note: these basic lessons were sourced from SweetandtastyTV.com
K4T does not own any contents like videos or worksheets.